What is International Education and Study Abroad?

Learn about Korean street food items that are quickly becoming popular around the globe. Follow Mr. Kwon and friends as they take a brief culinary journey tasting and describing some of the most popular street food items of South Korea. Jal mug get sum ni da!

View this short video to meet some of the Global Ambassadors at WWU!

The International Buddies Program at WWU matches international and domestic students to share culture and activities.

Find out how to join the fun with this short video!

The U.S. Department of State’s Bureau of Educational and Cultural Affairs and IIE will release findings on 2021/22 international student enrollments and 2020/21 U.S. students studying abroad from the Open Doors® Report on International Educational Exchange.

Join students from Tokyo who are here at Western studying through the Asia University America Program (AUAP) as they share Japanese calligraphy and origami arts with us. You can learn a little bit about the history of these art forms, ask questions about life in Japan, or just come try them out yourself! If you are inspired, you can head to the Global Spotlight on Japan at 4pm to learn even more. See you there!

Come learn more about Japan from students at Western! We will have some international students and a student who studied abroad in Japan from the US. They will share a little bit about their different experiences in the country, and then will let your questions guide the discussion. This is a great opportunity for current students to learn about a place they might want to study abroad in the future, and it's also an excuse to get to know more international students who are studying at Western!

The Global Lounge is in College Hall 09 - enter through the door with the accessibility ramp and you'll see flags from around the world. You'll find us in the first room on your left. Arrive early if possible as seating is limited.

Students will present research posters on the cultures of Spain and Latin America. Drop by to check it out and get some free cake while it lasts!

Voting is open to the WWU community Nov. 15-22. Check out all the photos on the EdAbroad Facebook page and submit your votes by liking your favorite photos!

EdAbroad photos are featured in MABEL: Multimedia Archives Based Electronic Library. Check out all the amazing places our students have studied!

Join Jerry Smith, WWU Peace Corps Campus Recruiter to learn all about your options for volunteering abroad with the Peace Corps!

International Careers Spotlight focuses on how Peace Corps service can fit into an internationally-focused career. There are three panelists, who have worked internationally in fields ranging from nursing to education.

The Global Lounge is in College Hall 09 - enter through the door with the accessibility ramp and you'll see flags from around the world. You'll find us in the first room on your left. Arrive early if possible as seating is limited.

Do you want to see the world? Are you interested in exploring other countries' cultures? Do you dream of being immersed in the country of the language you’ve been studying? If you always wanted to study abroad but were worried about the financial costs, join us to learn about U.S. Department of State study abroad scholarships!

Join the U.S. Department of State's Info Session on Opportunities at State as we celebrate the contributions of Native Americans at the Department from their Perspective. Panel members will share their career path and experiences, how their cultural background shaped who they are today, and tips on how they navigated a life-changing profession in international relations.

The event will include live captioning and American Sign Language interpreter.

Learn about student internships, fellowships, and the many career opportunities to work as a U.S. Diplomat or in the U.S. Civil Service.

Advice from ISA Alumni Spain: What I Wish I Knew

Heading to Spain for your study abroad program? From tips on packing and budgeting to making friends and their favorite weekend getaway spots, our alumni will share all the things they wish they knew before studying abroad in Spain.

The Politics of Latin America and the 2022 Brazilian Election

Join us to watch the film, Latinoamérica, territorio en disputa, and talk with Professor Michael Wolff and the film’s director Nicolas Trotta about political trends in Latin America and the recent Brazilian election.

World Issues Forum (WIF): Why I am not a Vegetarian

Dalit communities are one of the most marginalized scheduled castes in India. Rayson Alex will contextualize the origin, politics, cultural distinctions, and geographical peculiarities of Dalit communities in India through the mediation of a few relevant and significant food narratives. Food in these narratives is an abstract symbol of ecocultural and geopolitical identity, but one that has had tangible political outcomes. The talk will parse out caste discrimination expressed via food, and the food fascism that has been the result. The politicization of beef consumption has been a source of oppression of Dalit communities, for example, and of food fascism in India. As India continues to attempt to rise above its history of caste distinctions and intolerance, food fascism returns and deepens the divide. As ecocritics, how should we respond to the conflict over food practices and caste in India?

Presenter: Rayson K. Alex is Associate Professor at BITS-Pilani, K. K. Birla Goa Campus, Goa, India. He is one of the editors of Essays in Ecocriticism (Sarup and Sons, 2007), Culture and Media: Ecocritical Explorations (CSP, 2014), Ecodocumentaries: Critical Essays (Palgrave Macmillan, 2016), Ecocultural Ethics: Critical Essays (Lexington, 2017), Anthropocene Ecologies of Food (Routledge, 2022). He has co-directed a few ethnographic video documentaries and is the co-Director of tiNai Ecofilm Festival. He is on a Fulbright fellowship at Western Washington University.

Join us to ask our alumni about all things study abroad. Learn about how they prepared for their time abroad, how they navigated new cultures, and how they’re leveraging their CEA experience to achieve their personal and professional goals.

Requirements: Must have already attended an Western Abroad 101 info session. We encourage students to attend this workshop before committing to a education abroad program.

Spaces are open for upcoming international and domestic Wildlands Studies education abroad programs. Attend this session to learn about the field programs available to you!

Come and learn about our internship placements, AIDE resources, and how to apply from AIFS Abroad staff and recent alumni! If you are unable to join the webinar but would like the information after the fact, we encourage you to register to receive the recording and any handouts.

Home Away from Home: Reflections on the Canadian Expat Experience

David received his M.A. in Intercultural Relations from Lesley University and his LL. B. in Law from McGill University. He is a former political officer at the Canadian consulate in Palo Alto, CA. He currently helps Canadian tech clusters connect with the Bay Area ecosystem and serves as the Advisory Board Chair of Canadian Studies at UC-Berkeley. His essays have received awards in San Francisco's Soul-Making Keats literary competition and have appeared in Potato Soup Journal, Bewildering Stories, and The Quiet Reader.

Requirements: Must have already attended an Western Abroad 101 info session. We encourage students to attend this workshop before committing to a education abroad program.

Interested in studying and/or interning abroad but not sure where to start? Join us for an info session on all things CEA! We’ll cover the basics like choosing a program, finding coursework that meets your requirements, and funding your experience abroad.

Learning Together Through Climate Upheaval Series: Toward a World Without Hunger Forum

Please join the next edition of the Learning Together Through Climate Upheaval Series, crafted to enhance the learning capacity of the planet so that we can make the most of the opportunities and challenges of climate change. Series topics are inspired by the U.N. Sustainable Development Goals, which help us approach climate change responses in an inter-sectional, holistic way.

WWU's Sustainability Engagement Institute and Center for Community Learning are hosting Dominic Savio of the Akili Pana Initiative in Uganda in Bellingham. Dominic is the originator and co-facilitator of the Community Engagement Fellows: Africa program, which is in its third iteration now. This fall he is living in Kansas City, Missouri as one of the two Ugandan representatives in the U.S. State Department's Community Engagement Exchange Program.

Registration is not necessary but you to sign up to receive calendar invitations and reminders about events in this important series!

Come test your knowledge of global trivia about food, geography, cultures, and more! There will be prizes for the winners and some fun intermission games.

228 international students are at Western from 52 countries, contributing valuable and diverse perspectives to our campus and community.

The economic contributions of international students are in addition to the immeasurable academic and cultural value these students bring to our campuses and local communities.

International students have faced great adversity due to finances affected by the pandemic and immigration challenges.

Any amount helps and is greatly appreciated!

Ashima Shrivastava chose to study WWU’s MS in Computer Science. “Finances was one of the biggest challenges. I didn’t want to ask my parents for money,” she explained. The currency exchange rate from Indian Rupees to US Dollars meant she had to take a very large student loan in India, and her family put their home as collateral for the loan. Since international students don’t qualify for financial aid, Ashima knew she would have to budget carefully and find a job on campus to afford her graduate degree. She had the motivation, but also the added pressure knowing her parents would lose their home if she could not pay back the loan after graduation. The International Student Support Fund provided financial assistance to help pay tuition in her final quarter.

View this recording to learn about Scholarships & Financial Aid for Study Abroad at WWU! 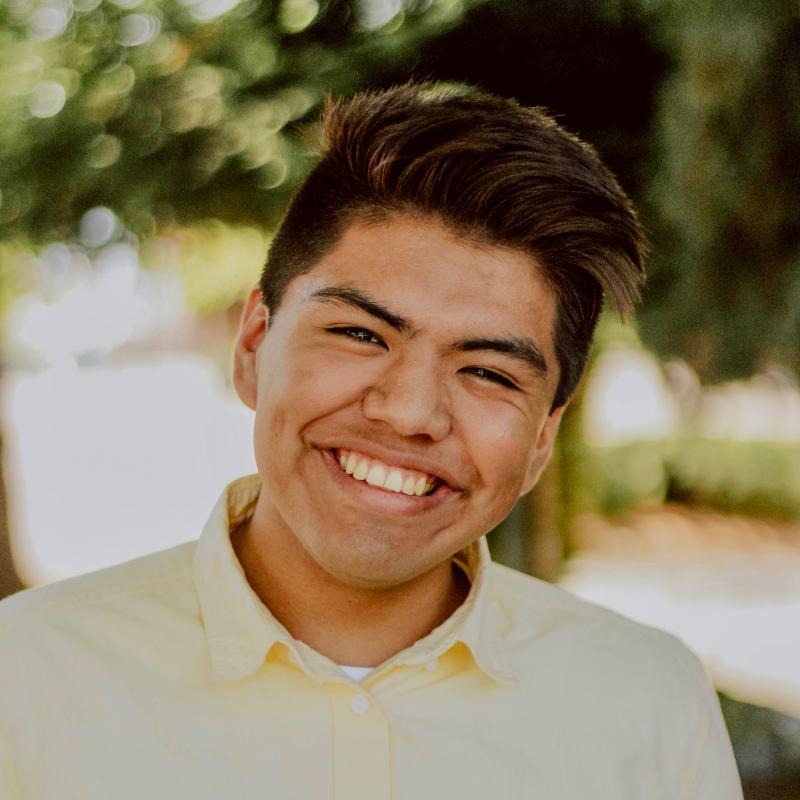 "This opportunity of studying abroad is something that I didn't see coming for me, as a student of multiple marginalized identities. While abroad, I hope to make a positive impact in the community, to continue to invest in my education through adding diverse experiences to it, and to fully experience my trip that I am incredibly grateful to be taking apart of." 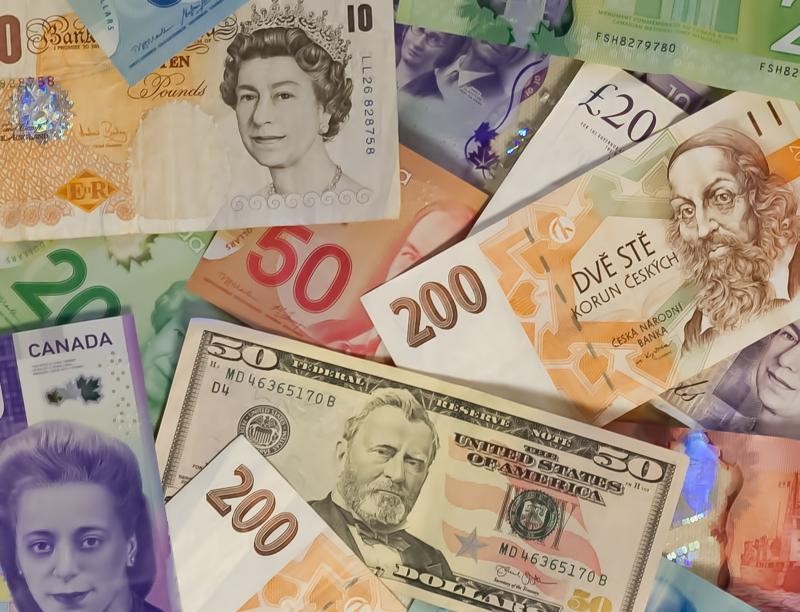 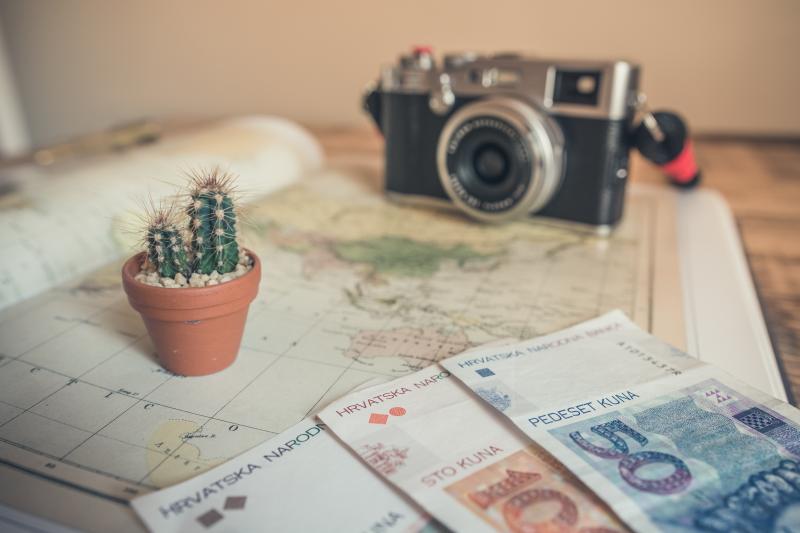